Your local property experts in
Leicester and surrounding areas

Our Local Experts are some of the most respected property professionals in their area.
They are here to be your trusted advisor and advocate.

You can book a free valuation with one of our Local Property Experts today. 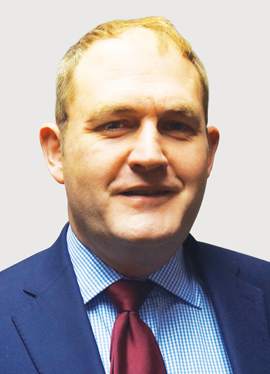 About JP My heart and home are local and my passion is helping people navigate the process of moving home, making it as straightforward as possible. I’ve had the privilege of not one but two rewarding careers to date – in the Armed Forces and then in property. My previous clients have praised me for my combination of good old-fashioned manners and honesty. I believe in traditional customer service along with the ease and efficiency of modern technology - that’s why I joined Purplebricks! 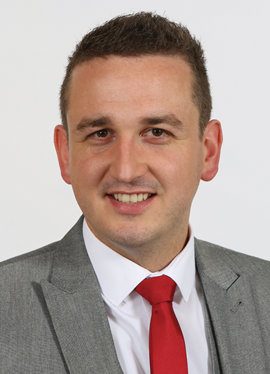 About Chris I have worked over ten years in estate agency in Leicester and I've also lived here all my life. Starting as a trainee negotiator and working my way through to branch manager, I have been extremely successful during this time. I believe this is down to excellent customer service and honest, professional guidance, helping clients through the whole process of moving from start to finish. 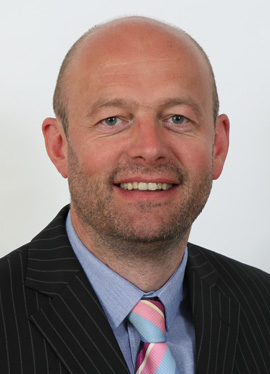 About Gary My career in Estate Agency began in 2000 when agents were still taking the local property papers out with them. Since then I have worked my way up within the business, through changing markets, always offering my clients honest and professional advice. I've now lived and worked in the beautiful south Leicestershire countryside since 2008, and when I was given the opportunity to represent Purplebricks I jumped at the chance, as it is my opinion that the unique combination of invaluable local knowledge and user friendly technology is the way forward. 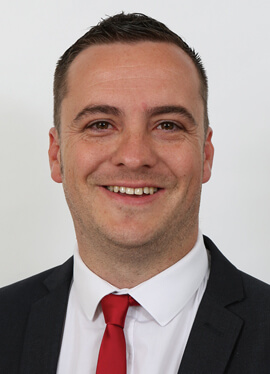 About Jamie I have worked in the property industry for a number of years and have a vast knowledge of the local area having lived and worked in Leicestershire for 6 years. Giving you the expertise required to secure a quick sale at the right price, I pride myself on being transparent, honest, helpful and effective. I have a great interest in property and enjoy working closely with clients throughout the whole process ensuring the highest level of customer service and customer satisfaction.

Leicester is a thriving city in the East Midlands of England, positioned at the edge of the National Forest on the River Soar. It’s an extremely popular destination with most demographics: from first-time-buyers to retirees, it has something for everyone. Given the pace of development, property in Leicester is a wise investment.
The housing market in Leicester
Leicester is an amalgamation of culturally diverse areas and suburbs. It’s home to the largest Asian population of any city outside India, most of whom live in the area surrounding the Golden Mile, a retail area which specialises in fashion and jewellery.
The city of Leicester attracts young professionals starting their careers. There are lots of employment opportunities in this city, including: Leicester Royal Infirmary, Glenfield Hospital, two city-based universities and the National Space Centre.
The influx of students and low-salaried employees demands that, in addition to the family homes in more affluent areas, Leicester’s property market has a good supply of affordable houses for first-time-buyers and buy-to-let investors.
Our local Leicester estate agents say that Leicester is also popular with professionals because of its excellent transport links. It has easy access to the M1, M69, M42 and West Midlands, as well as a mainline railway station to St Pancras.
Properties in Leicester
Homes in Leicester range from affordable starter flats, to luxurious family homes. The average house price in Leicester is just over £200,000, but you can invest in a 2-bedroom property for around the £125,000 mark.
The range of Leicester properties include mill conversions and factories that have been regenerated into fashionable apartment blocks, as well as new build flats. There are also several Victorian and Edwardian homes in Leicester – mostly found in NewfoundPool and Belgrave – and 1930s traditional homes in Glenfield.
While the whole of Leicester has exceeded pre-credit crunch prices, some areas (such as Oadby and the city centre) have seen house prices rise by over 15%, and this is set to grow 13% higher in the next five years. This is likely to be because of low mortgage rates and growing consumer confidence in the Leicester housing market.
In ex-local authority areas, houses can fall below £100,000, whereas they can reach over £1,000,000 in the more affluent and culturally rich suburbs.
Oadby is one of the most popular areas as it is within the catchment areas for Beauchamp College and Gartree and Manor high schools – 3 ‘outstanding’ institutions. This area is especially popular with families.
The rental market in Leicester is booming. Our local estate agents saw the rental prices soar by 45% in 2014, and a flood of buy-to-let investors purchasing properties before the stamp duty rise in April 2016. Rental properties in Leicester generate, on average, between £421 and £611 pcm, dependent on size, style, school catchment areas and exact location.
Up and coming Leicester areas
There has been significant regeneration across the city centre, and the introduction of Highcross shopping centre changed the city for the better. It has brought in lots of investment by retail giants such as Hugo Boss, Zara, Apple and more.
Many areas, such as Hamilton, Thorpe Astley and Leicester Forest East, are sites earmarked for redevelopment. The plan is to build low maintenance accommodation in these locations, to appease the demand in the Leicester housing market for affordable housing.
Now is the right time to invest in property in Leicester: house prices are set to rise over the coming years, and it has many local amenities to offer people of all ages. Talk to our local Leicester estate agents today to find out more.

Instantly arrange a date and time for your Local Property Expert to attend your property and give you a free, no obligation valuation.

Sell for just £999 including VAT and save thousands in fees when you let with us! Also, there’s nothing to pay upfront.

STEP 3: Review advert with the click of a button

Your Expert will create your property advert and prepare it for all the leading property websites, such as Rightmove and Zoopla.

STEP 4: Know everything that is happening

Our unique online platform enables you to see everything that is happening with viewings, feedback, offers and your marketing.

Take a look at our latest Leicester properties

Search for a property by clicking the button below and book a viewing instantly, 24/7.

See all our properties